TURN BACK TIME with ABBA & CHER

In 2008, a movie was released which brought together the music of one of the World’s Greatest Ever Pop Groups and Hollywood’s Award-Winning Actors and Actresses…. The smash hit musical – MAMMA MIA!
It was such a huge success, that soon after came the sequel, MAMMA MIA: HERE WE GO AGAIN! It featured even more of Abba’s fantastic hits and also starred the Ultimate Diva…CHER!
TURN BACK TIME is a unique collaboration of the greatest hits of both ABBA and CHER, performed by the UK’s Top Tribute Shows now combined with a superb live band.
Every song featured in this show is a Top Hit, including Dancing Queen, Waterloo, Mamma Mia, Does Your Mother Know, If I Could Turn Back Time, I Found Someone, Believe, The Shoop Shoop Song and many more.
Combining both the styles and versions of ABBA and CHER, this show has just completed a summer tour of the UK’s Butlins Resorts and is a must see show for 2022. 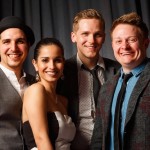 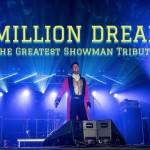