THE BEST OF BARLOW

James is not a stranger to the music of Gary Barlow and Take That.
In 2008, James worked at Butlins where he got to perform in Beautiful World, a celebration to the music of Take That, touring all over the UK for 2 years.
Following that James went on to produce and direct a Take That show and took this to Germany, performing at the Weihnachtsfeier Zirkus in Hamburg. Performing to audiences of over 1,500 each evening during November and December along with a live band and dancers.

After performing all across the UK with Beautiful World and taking his own Take That Show to Germany, James went to warmer climates and went to work at the Sensatori Tenerife Resort on behalf of TUI.

Whilst at Tenerife James performed in numerous production shows there including ‘The Back For Good Ball” which was a show based on Take That – The Musical.

Throughout the last 10 years James has been touring across the UK and Europe with his tribute to Olly Murs and is now ready to take on the additional role as Mr Gary Barlow in his BRAND NEW SHOW, “The Best of Barlow”.

Performing all the hits of Gary Barlow and the songs he performed in “Take That” with a few surprises along the way this is a show not to be missed. 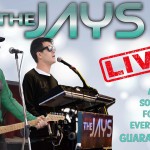 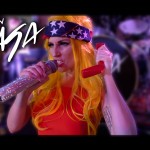