Roller coasters through 4 decades of non-stop hits, starting in the early 60’s with New York Mining Disaster 1941 & Massachusetts (Bee Gees first UK No 1), through to the disco explosion of the 70s, including the all time classics Stayin’ Alive, You Should be Dancing, Tragedy, Jive Talkin’ & Night Fever through to the songs of the 80’s and 90’s such as You Win Again & Alone.

Also covering the vast back catalogue of songs written by the Bee Gees that were originally performed by some of the world’s top artists, including Diana Ross, Dionne Warwick and Frankie Valli.

This 6 piece band have captured the magical sound of the Bee Gees both musically and vocally with spine tingling authenticity and flawless musicianship. Their performance is totally mesmerising, and the experience, the absolute ultimate in nostalgia. A fantastic show that will provoke happy memories for audiences both young and old.

A truly power house performance not to be missed. 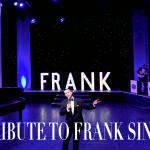 FRANK – A TRIBUTE TO FRANK SINATRA 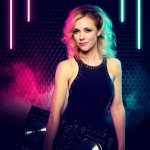