The show includes every hit released by the Black Eyed Peas since 2003 into a non-stop 1 hour show packed with a rich diversity of Dance tracks, Hip Hop and RnB.
An amazing show guaranteed to pack the Dancefloor !

The team in Black Eyed PeaZ have a Worldwide tour this year and are also booked on a big Tour in Shanghai, China as well as many venues all over Europe.

They have worked with and supported many artists such as McFly, Liberty X, Boney M, Jason Donovan, Shane Ward, Ben Mills, Lisa Scott-Lee, The Honeyz and many more.

Empire Leisure exclusively and proudly presents one of the hottest shows in the tribute business! 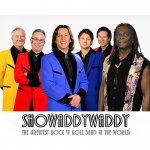 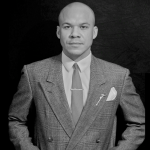